by Dubbed In English 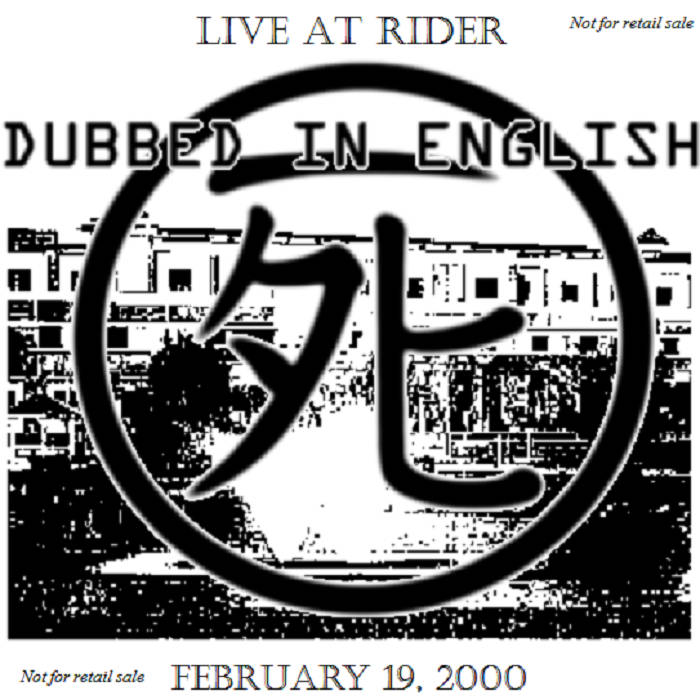 This album was recorded during the height of the Dubbed In English's artistic output & popularity, and features some of the best recordings of several songs that were never done in the studio. It also features a horrific abortion of a song which we include out of a sense of completeness but would rather just be forgotten.

By the time the Rider show was recorded, DiE had reformed into the 'definitive lineup' of Meo/Fields/Wark/Lionetti/Didomenico, and most of the songs written during this period are performed on this recording. Notable absences from this period would be Requiem, possibly the most prog-rock of all the many instrumentals DiE would be known for.

More than anything, this show was a blast, and believe it or not there is video of this event, and maybe someday it'll even be converted to video for youtube...

Bandcamp Daily  your guide to the world of Bandcamp